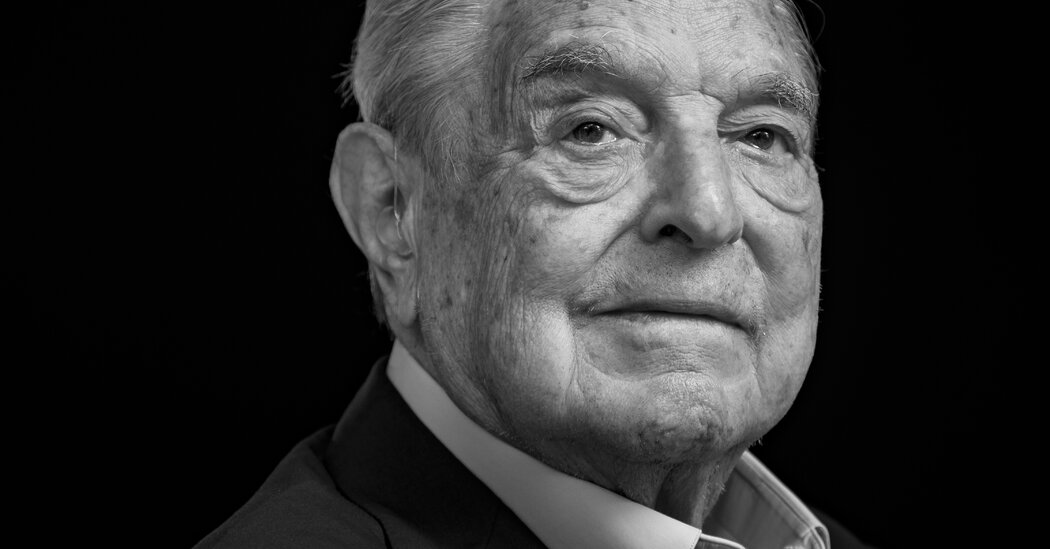 Lurking in the background of every discussion is the fact that Mr. Soros just celebrated his 91st birthday. He is a year older than Warren Buffett, who recently stepped down as a trustee of the Bill and Melinda Gates Foundation. The sprawling foundation Mr. Soros has funded for decades wants to refocus while he can still weigh in on the question that many large philanthropies face, which is how to keep the vision of the founder alive after he or she is gone?

Mr. Soros declined through a spokesman to be interviewed for this article. Mr. Malloch-Brown, 67, the group’s new president and a veteran of the United Nations, the World Bank and the United Kingdom’s foreign office, is steering the organization through the transition period.

“In its early days, the foundation was much better at adding things than closing things. That was the luxury of what, then and now, remains a very generously funded foundation,” Mr. Malloch-Brown said. “We’d lost that more strategic purpose and sharp edge of ‘Hey, the stuff we really care about is under assault all around the world and we just need to get a lot more strategic about addressing it and confronting it.’”

Some staff members, including many associated with the employees’ union in the United States, have come to view the changes as not just about Mr. Soros’s priorities, but also those of outside consultants with a more homogeneous vision for what has always been a uniquely complex institution. They described a corporate-style streamlining recommended by the Bridgespan Group, the Bain & Company nonprofit spinoff. The revamping included little input from people working directly with grantees, employees said.

On Thursday, more than 150 employees, nearly one in 10 at the foundation worldwide, saw their buyouts go into effect and some were already cleaning out their desks.

“Why not consult those closest to the work on the front line about what the transformation should look like?” said Ramzi Babouder-Matta, a program administrative specialist at Open Society Foundations who is among those leaving. “It feels like a small group of leaders making top-down decisions without meaningfully engaging staff.”

The Legal Action Center, which works on criminal justice and drug policy reform and received $350,000 a year from the foundation, about 5 percent of the center’s overall budget, got its tie-off in July. “It’s very hard to find that funding in the areas that we work in because there’s so few philanthropies that support it,” said Paul N. Samuels, the center’s president.

Your Guide To Managing Anxiety Going Back To Work

Suuugarbabyyy is a TikTok celebrity and a social media personality-Age, Biography, Networth