Covax Cuts Its 2021 Forecast for Available Doses by Quarter 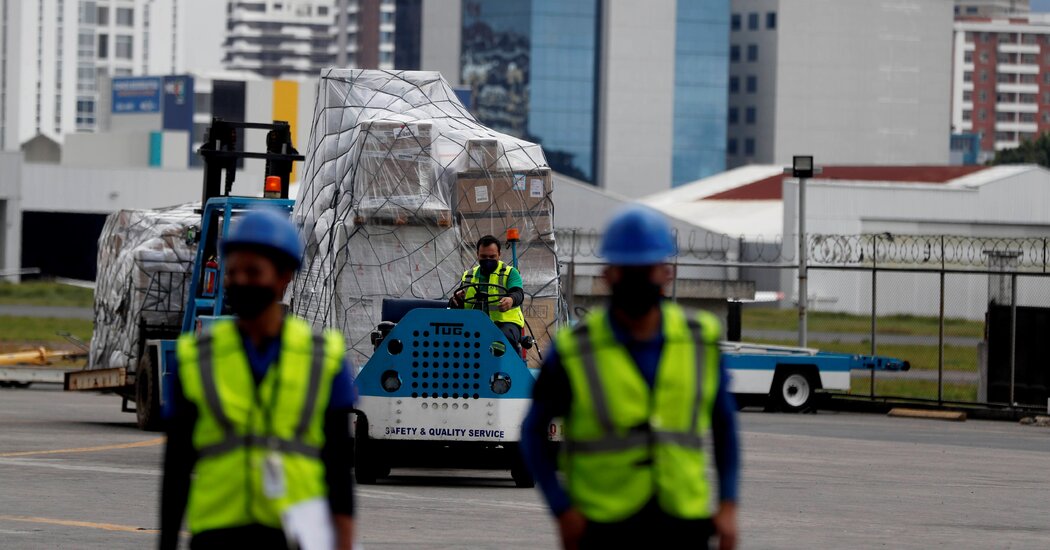 The United Nations-backed program to vaccinate the world against the coronavirus slashed its forecast for doses available in 2021 by roughly a quarter on Wednesday, another setback for an effort that has been hampered by production problems, export bans and vaccine hoarding by wealthy nations.

Shortly after the forecast was released, the World Health Organization asked wealthy countries to hold off on administering booster shots for healthy patients until at least the end of the year as a way of enabling every country to vaccinate at least 40 percent of their populations. The organization had previously called for a booster shot moratorium until the end of September.

“I will not stay silent when the companies and countries that control the global supply of vaccines think the world’s poor should be satisfied with leftovers,” Dr. Tedros Adhanom Ghebreyesus, the W.H.O.’s director general, told reporters on Wednesday.

Covax blamed uncertainty around when vaccine exports would resume from a major manufacturing site in India, along with problems scaling up production of the AstraZeneca and Johnson & Johnson vaccines and a delay in the clearance of the Novavax shot.

“Covax is making strenuous efforts to address and mitigate these risks,” the program said, citing negotiations with the Indian government, whose decision to halt vaccine exports this spring rattled the program, as well as efforts to convince manufacturers to stop prioritizing individual countries over Covax.

The program was beset by difficulties last year as rich nations became rivals in a vaccine-buying race, paying premiums to secure their own shots while slow-walking financial pledges that Covax needed to sign deals. More recently, it has also struggled with the financing needed to get doses into people’s arms, even as the Biden administration pledged hundreds of millions of doses. Last week, the White House, which is under pressure to do more to address the pandemic, said it would invest $2.7 billion to ramp up domestic production of critical vaccine components as part of President Biden’s push to make the United States the “arsenal of vaccines for the world.”

Asked about the W.H.O.’s push to extend a moratorium on booster doses, Jen Psaki, the White House press secretary, reiterated on Wednesday that the Biden administration saw picking boosters over donating vaccines as “a false choice.”

“Our view is we can do both,” Ms. Psaki said, adding that the United States had already donated or shared about 140 million doses with more than 90 countries, more than all other nations combined, and planned to donate hundreds of millions more.

Dr. Tedros said on Wednesday that some vaccine makers and wealthy nations were using distribution problems as an excuse not to make deliveries. But health officials and people involved in Covax have said that those very delivery delays are contributing to distribution problems by making it impossible for poorer countries to plan their inoculation campaigns.

So far, Covax has delivered 245 million doses — most free to poorer nations, with the rest to countries like Canada that paid their own way. In January, the program had planned to have at least 785 million doses available by now.

Worldwide, 81 percent of shots that have been administered have been in high- and upper-middle-income countries, according to the Our World in Data project at the University of Oxford. Only 0.4 percent of doses have been administered in low-income countries. At a meeting this week with wealthy nations’ health ministers, Dr. Tedros said that he asked them, among other things, to divert their short-term vaccine deliveries to Covax and to fulfill their dose donation pledges by the end of September.