Can a Man Wear Mules to Work? 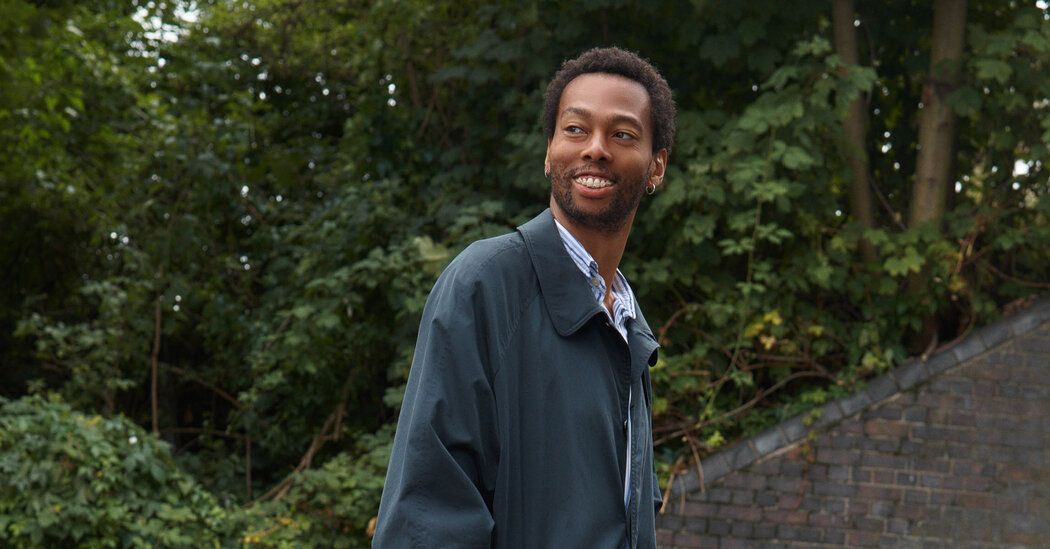 While some folks have sprinted out of lockdown keen to make up for lost time, a number of men have, er, shuffled back onto the streets. They are ambling, dawdling and slouching to lunches, drinks and work meetings, powered by insouciance rather than haste.

They are on mule time. Their feet are shod in clogs, sabots, backless loafers, espadrilles with crushable heels and various other iterations of shoes with a covered toe and open back. All come under the mule umbrella and, owing to their front-heavy form, beget slow movement.

“The mule is a shoe of leisure,” said Noah Thomas, a fashion editor and co-founder of Mule Boyz, a wry Instagram account dedicated to the footwear. “It’s for standing, posing and chilling. You can’t run, so you have to be relaxed; that’s where the sense of luxury comes in.”

Men’s heels — naked and socked — have never been so conspicuous. For while women’s mules have been popular for decades, the men’s “mulement” (thank the Mule Boyz for that term) has only recently shifted from cult status to mainstream prominence.

Simmering since 2015, when Gucci introduced its fur-lined Princetown mules, it took a big step forward during the pandemic, when countless guys lived in Birkenstock’s Boston clogs, Crocs or actual slippers. When taking out the trash was the day’s longest trip, tying laces became entirely out of the question. Mules — cozy, comfy, easily slipped into — held the answers.

“The great thing about a mule right now is that there’s an ease to it, but at the same time you can conceptually dress it up,” said Jonathan Anderson, the creative director of JW Anderson and Loewe. He did just that with the JW Anderson chain loafer mules, black leather slip-ons furnished with an enormous sculptural gold chain that was a mid-2020 hit.

Zhooshed-up designs are resonating with male shoppers. According to Lyst, an online platform that aggregates data from more than 17,000 brands and stores, searches for “leather mules” and “suede mules” are up by 151 percent this year compared to 2020. At the luxury e-retailer MatchesFashion, which has recorded triple-digit growth in men’s mules in the last 12 months, they’re becoming a popular alternative to sneakers.

“The sneaker has been such a dominant shoe for men, but you do have that guy that wants to move on — but he still wants an elevated casual shoe,” said Damien Paul, the head of men’s wear at Matches. Occupying a sweet spot between a loafer and a slipper, mules are the shoe that fits.

Although this trend may be new, men’s relationship with mules is not. They were donned by the Romans (“mule” comes from mulleus calceus, the name for patricians’ red slippers) and by the Sun King Louis XIV, who pranced around in a vertiginous pair, according to the Margo DeMello work “Feet and Footwear.” By the 19th century, however, it became “scandalous” to expose one’s heel in public, Ms. DeMello writes, and mules were confined to bedrooms.

Centuries on, some still find them unsavory. “A lot of people don’t want to see any part of a man’s foot,” Mr. Thomas said. “They’re like, ‘Ugh, why are we promoting something that’s going to make a man leave his house with his heel out?’”

Nonetheless, the men’s wear community’s general embrace of mules indicates how much things have progressed in the last decade, said Jian DeLeon, the men’s fashion and editorial director at Nordstrom and the other Mule Boyz founder. Notably, the shoes’ appeal comes from flirting with the boundaries of good taste rather than with potential suitors. Where men’s wear once revolved around “looking better when you’re out dating, now it’s about being into the gear for yourself,” Mr. DeLeon said.

His girlfriend, he added, “hates” mules on men. He has more than 30 pairs.

That’s not to say they can’t be sexy. Because it looks like you’ve dressed the front half of your foot yet forgotten about the back, they telegraph an undone-ness that suggests swagger. “A mule automatically makes an outfit feel less considered,” Mr. Paul said, “and one lesson we’ve learned coming out of lockdown is you want that effortless feel to your outfit.”

As cities reopen and men find themselves possessed of more sartorial chutzpah than prepandemic, this leisurely look is being tried out in smarter settings.

Dan Comrie, a 35-year-old Londoner, teamed his suede Our Legacy Camions with a navy suit for a wedding in northern England, where his ensemble was met with “raised eyebrows,” he said. Ryo Takiguchi, a graphic designer in Tokyo, slid on blue JW Anderson mules — sans socks — for a “pretty formal” work meeting.

The Mule Boyz think no occasion is too grand for mules. “I’m wearing Birkenstocks with my tux — the idea of high-low is everything,” Mr. Thomas said.

Mr. DeLeon combined Gucci mules with a Prada tux and Hawaiian shirt for a wedding. “It’s about owning it,” he said. But like with many style risks, he cautioned: “You have to show it’s purposeful. It’s the nuance that goes into intentionally changing the pitch of a song versus playing the wrong note.”

Also worth remembering: get a pedicure (no one deserves to see cracked heels); invest in decent socks (mules with socks can look more nonchalant); and pair your shoes with wide-cut pants (“nothing skinny,” Mr. Takiguchi said) to match the relaxed overall vibe.

Flowing, full-length trousers toy with expectations because mules resemble a regular shoe from the front, “but there’s the surprise in the back,” said Loris Messina, a founder of Sunnei, speaking from Milan. Sunnei creates slip-ons with laces — like mutant sneakers and derbies — which heightens the playfulness.

Best of all, mules enable you to sidestep fussy dress codes. Most offices “have a rule against open-toe footwear, but not open-back,” said Mr. DeLeon, deadpanning. “You feel like you’re getting away with something.”

How To Activate Espn Through espn.com Activate